I’m sure many of you have heard of the new show on Hulu and on ABC called, The Bachelor: Listen to Your Heart. If you haven’t heard of it yet, think the same drama as The Bachelor but with a singing competition.

This Monday, episode four premiered. I don’t want to give any spoilers or anything for those who are major fans of the show nor do I want to say anything directly about the people on the show. But I do want to speak into the value of H O N E S T Y.

First off, these are real people. Real people with feelings, emotions and lives. And honestly while watching this episode tonight, I’m reminded that so many people out there are only in it for themselves. Some people don’t care who they hurt along the way.

Think about it, people go on shows like, The Bachelor with hopes of finding love. People aren’t meant to go on this show with “the best of intentions” yet toy with the hearts of others by lying straight to their face about being all in while meanwhile their brain is saying to be with someone else. How twisted and confusing. Yet the reason people get so confused like this is and end up acting certain ways in the name of “love” is because… they are leading with their emotions.

“I lead with my emotions and that doesn’t always serve you well. I am an open book and I just blurt it out when I’m thinking it.”

I think we can all agree how emotions get this better of us sometimes. However, at some point a person realizes what they are doing. At the end of the day, it’s just plain wrong to play games with someone, manipulate and lie all because you’re unsure of a potential with someone else.

Yet, even as all of the events from tonight’s episode were unfolding, I couldn’t look away from the screen. I wanted to know what was going to happen.

Luckily, there are still some honest and authentic people out there. Those people had the respect for themselves to walk away from that show house, after realizing they had been lied to and manipulated.

“I want the kind of love that keeps you up at night and you just feel like you’re absolutely incomplete without the other person.”

This entire episode caused me to reflect upon the times, I’ve failed to have been honest. Those times in my life I’ve lied or not shared the whole truth to my loved ones. The times I’ve shared only part of my heart and mind with God. The times when I’ve been half in my relationship with God.

So many times in our world drama is glorified and praised. The reason why The Bachelor has so many spinoffs on the original series produced is because of the drama. People love drama love watching drama on screen because it reminds them their life isn’t so bad after all, it’s appealing, it’s entertaining, etc.

Someone’s pain and hurt shouldn’t be our entertainment. With everything going on in the world, people should be uplifting and encouraging each other. Especially in a romantic relationship people should be honest with their partners.

It’s time for all of us to rise up and choose HONESTY- no matter what we lose or who we hurt in the moment. Honesty will always triumph over deceitment any day.

With love and kindness, 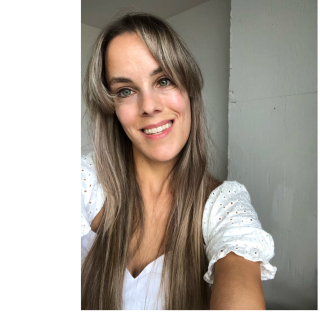 Hi everyone! I'm Laura. I find inspiration in nature, animals, culture, food, and exploring new places. Some things I enjoy are going to the ocean/beach, spending time outdoors, hiking, reading, and listening to music.

A place that represents the modern Christian woman.

designed in perfect love, broken by sin, made whole through grace.

Because we’re all recovering from something.